More that just a Tasting Room

The city of Lodi was originally founded as Mokelumne in 1869 when the Central Pacific Railroad chose the area for a station on its new route. Mokelumne (named after the neighboring river) had humble beginnings with only a store and post office building, hotel and the Central Pacific Railroad station. The population began to grow and suddenly there were more than 50 homes by the fall of 1870 and in 1874, the town's name was changed to Lodi. The reason for the change or the origin of the name is not really known and is subject to various interpretations today. Like many things in "Laid-back-Lodi," no one really knows for sure.

In 1906 Lodi took a big step and incorporated the city to centralize management and their ability to chart an independent course. The city is the center of many historical buildings and sites starting with the iconic Lodi Mission Arch that marks the entrance to the old town. Originally built in 1907 (for $500) as a formal entrance to Lodi's first Grape Festival (known as the Tokay Carnival), it began to show its age in the 1940s. Of necessity, it was rebuilt in 1956 on a concrete foundation with the original timbers remaining intact behind the plaster facing.

But Lodi is more than just a city. It is also the center of the Lodi AVA (American Viticultural Area) that is home to more than 100,000 acres of winegrowing that makes it one of the largest in California. Daytime temperatures are a bit cooler than the vineyards to the south throughout the Central Valley. Temperatures continue to drop even lower as the sun sets to give the vines time to recover from the relative heat of the day slowing maturation and preserving acidity - a trademark of the fine wines produced in this Mediterranean climate.

The Lodi name became more familiar when the Creedence Clearwater Revival rendition of "Lodi" hit the charts in their 1969 Green River album. And in 2015 Wine Enthusiast named the Lodi AVA as the Wine Region of the Year. But wine grapes have been thriving in Lodi long before these accolades were seen. The Flame Tokay grape was planted in the early 20th Century and used mostly as a table grape, although some courageous vintners also produced wine from this pink berry.

Zinfandel, often called the "King of Lodi," is another grape that was primarily used as table grape in the eastern states before finding its way to California for winemaking in the mid-19th Century. Known for its strong blue fruit flavor profile, Lodi Zinfandel is highly sought after and differs greatly from those produced in other well regarded winegrowing areas of the state. Lodi is often referred to by its unofficial title, "Zinfandel Capital of the World," and many of the wines produced here more than do justice to that claim.

Lodi is a city, culture and winegrowing area with a storied history and a very exciting future based on its people, complex agricultural diversity, the broad varietal range of quality wine grapes now being grown as well as the world-class wines produced. 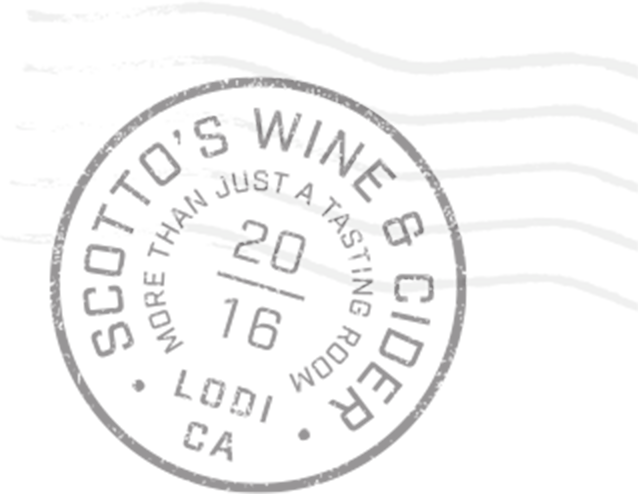 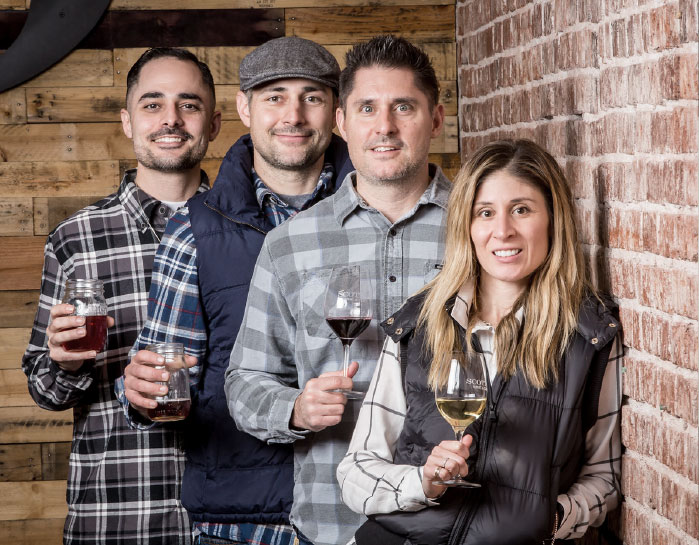 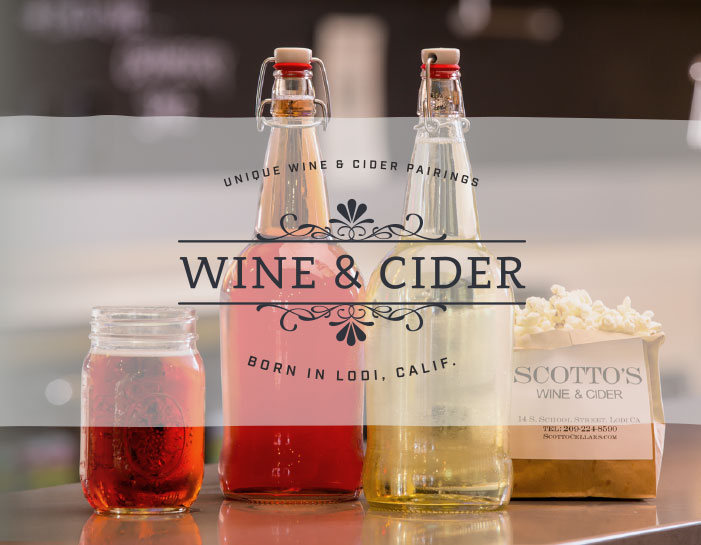 By entering the Scotto's Wine and Cider website you acknowledge that you are 21 years of age or older and agree to our Terms & Policies.

* Pick up at the tasting room, or ship to your California address.